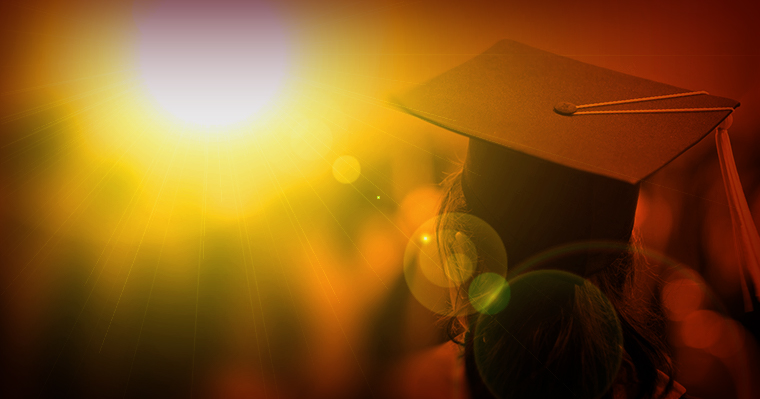 It was the last Thursday, the last day of the year, December 31, 2020, when I rose from sleep. I remained steadfast in hope for a great day and an even brighter new year. Sure, it has been a rough year, and many wanted to leave it behind just as quickly as it came. Yet, the end of the year did come very quickly. You can ask anyone, and they are likely to say, the year flew by, even though we were not permitted to do much.

For as long as I can remember, each time the calendar would flip to January 1 at the stroke of midnight, I could feel a new start. I’ll explain it this way. Imagine a Rolodex you must flip over from A to Z. For the younger crowd, imagine the timer on your smartphone. You must scroll your finger up or down to add or subtract time. It starts at 0 minutes and can roll up to 59 minutes. Now, each year, on December 31, at midnight, my spirit felt like it flipped. It would flip all at once, from Z back to A or from 59 minutes over to 0 minutes. That all stopped at the end of 2017.

The dream began in an exceedingly large arena. I saw a lit stage with a beautiful wooden podium. I stood on the main floor and looked all around. There were hundreds, upon hundreds of students seated, all on the same level, for as far as I could see. The seats followed the curve of the enormous stage, and we were all in graduation gowns. There were no bleachers to speak of, and somehow, each chair was placed to have the best view of the scene. It was quite dark in the dream, and I couldn’t tell what color the gowns were. The primary light was on the stage, and the hats and gowns appeared black or a very dark maroon in the shadows. Everyone could feel the excitement in the air, and our full attention was on the Man at the beautiful podium.

The Headmaster was standing before the crowd, and there was a haze of light surrounding Him. He was dressed in light, and I could tell jewels were sparkling around His head. I glimpsed a large gold rope with tassels flowing down towards His left thigh. I could not see His face, only light. Behind Him, there were figures with scrolls to the left and right of the stage. You could not see them, but you could see their silhouettes in tones of gray and black. I was watching in anticipation in a seat near the front and off to the right. I adjusted my gaze from the shadows beside Him and looked up at the Headmaster, who, with great delight, addresses the crowd and says, “Graduating Class of 3353,” and I wake up. That is all that I heard. But, it wasn’t as if he was ending the speech; instead, it was that He was beginning His speech to the multitude.

I flipped through my journal on January 14, 2021, and began to ask what the dream meant? I sat quietly and started searching online. What could 3353 mean? There were many different paths I could have gone down but, I knew after a short while the right one.

The King James Version of the Bible is my go-to. Always has been. I can more easily understand and memorize scripture from it, although consulting other versions helps to gain more knowledge. With that said, many years ago, I bought a Strong’s Exhausted Concordance, which gives insight into the original languages of the Bible. Its value to me is immeasurable, but it weighs about six pounds! So, I chose to use readily available online sources that are searchable. What the Lord showed me made my heart sing with joy and stirred up my faith in Him!

First, the study references for each word is listed, then the commentary on what gave me such great hope at the end. There were three instances of a Hebrew word and six instances of a Greek word numbered 3353.

The Hebrew word yaquwsh is found three times in three different verses in the Bible. It means entangled (as in a snare), a fowler, a trapper, a bait-layer, and a snarer. The word used as yaquwsh is underlined, and definitions for word clarity are in parentheses.

The first mention of H3353 in the Bible is in Psalm 91:3, shown below. The law of first mention requires one to study the first occurrence of a word in scripture to learn the basic and essential meaning. When I read the scripture, I jumped up in my chair and said, “Praise the Lord!”

Surely he shall deliver thee from the snare of the fowler and from the noisome pestilence.

I could have stopped right there, but I wanted to see what else God would show me, so I continued on. The next scripture reference was in Proverbs 6:5 below.

Deliver thyself (emphasis added) as a roe (deer, gazelle) from the hand (of the hunter) and as a bird from the hand of the fowler.

Now, I am just about to run around the house with this one. As I begin to read through the scripture, I discovered something exciting. The first word deliver is the Hebrew word nastal. It means to snatch away, to tear oneself away, to be delivered. However, thyself in this passage also comes from the word nastal! When God says something twice, there is significant meaning in it, and it is essential! It literally says to snatch away and be delivered like a deer from the hunter!

For among my people are found wicked (men); they lay wait, as he setteth snares; they set a trap, they catch men.

Here, the word snares implies entanglements. The wicked among the people of God patiently plot against them, setting multiple traps to keep them from the Truth of God’s word.

Next, I went to the Greek Lexicon in the Strong’s Concordance for G3353. It is used six times and is the word metochos. It means sharing in, partaking in, and describing a partner (in work), an associate, a companion. I list below those six scriptures with the word used as metochos underlined and definition for word clarity in parentheses.

WHO CAN DELIVER THEMSELVES?

As soon as I read Psalm 91:3, I knew the core meaning of my dream. The Lord, the Headmaster, was giving confirmation that He, and He alone, is faithful to deliver the godly from the traps the wicked men will set. He was addressing His children in the present tense, “Graduating class of 3353.” This is a right now word! No matter what trick, masquerade, or deception the enemy tries to use to come against God’s people, it will turn back upon the deceiver(s) and be used for God’s purpose. Those who covet and rush in headlong with ungodly desires to ruin, destroy, and cause calamity for God’s anointed will be dealt with. The Lord knows that He has the undivided attention of His flock, and surely He shall deliver us!

In Jeremiah 5:26, we are informed that among God’s people are wicked men. They lurk in the shadows and devise evil plots and schemes. Layer upon layer of lies and maneuvers constructs a strong web bent on capturing men. This Behemoth is not something that happens overnight. These schemes established by the enemy are days, months, years, decades in the making and have pulled in and trapped many in its web of deception. The plots twist and turn to fit his end game and are designed to take out as many as possible, one person at a time if necessary.

The Lord equips us with the knowledge of His character and faithfulness and provides hope for His people. He is the Light of the world. He alone has the power to deliver those who believe, even if the enemy’s arrow is only a nanosecond away from striking.

The scriptures in The New Testament continued to provide insight into the dream. Who was in the class? It became evident that those who love righteousness and hate iniquity are made partakers of the heavenly calling through Christ Jesus; those who are steadfast to the end, and those who have tasted of the divine gift of the Holy Ghost are in attendance. They are the ones made to be trained, educated, and corrected for the sake of Jesus Christ. It is the Church, the Body of Christ! How can one be in the Body of Christ and never be corrected, or chastised, and never be a partaker of the heavenly gift of the Holy Ghost? The Body of Christ is made, by God, to be a partner with the Holy Spirit. How can a hand operate apart from the wrist? How can a finger work apart from the muscles and tendons? How can the body live without the blood or without the air it breathes? It is not possible!

Reading Luke chapter 5 showed me something else. Peter and his partners had been fishing all night on the lake of Gennesaret and had brought in nothing. Jesus was preaching on the shore, and the people were pressing Him to teach more of the Word of God. He saw the ships were anchored, and the fishermen were washing the nets. They thought they were finished for the day, but Jesus had other plans for them. He approached the owner of one of the ships, Simon Peter, and asked him to push out to amplify His voice and reach the growing crowd. After Jesus finished teaching–who knows how long that was–He asks Simon Peter to launch out into the deep to cast out his nets again. So, Peter had been working all night and was disappointed they had caught nothing, agrees to let Jesus use his boat to teach from, and NOW Jesus wants him to cast out the nets he had already cleaned? Who would be tired by this time and would decline the offer of a draught of fish? Who would give up and not have the will to go on any further and just want to go home? Any one of us would consider that option, I am sure. But you see, if we are made to be partners with Jesus Christ, dare I say supernaturally, somehow, someway, we are able to find the strength to obey His command. We hear His voice and know there is something greater than we can ever imagine on the other side of obedience. That is what the partnership with Christ does. It gives us the ability to complete the works ordained by God. And guess what, you didn’t do it….God did.

We receive being partakers of Christ through our confidence in the finished works of Jesus and the infilling of the Holy Spirit. Believers, Graduating Class of 3353, we must stay vigilant, stay in the Word of God, and listen to the promptings of the Holy Spirit so that we may navigate around, through, up, and down to escape the web of deception before us. Only God can redeem us from this ancient enemy, and we will graduate with honors!

A Holy Spirit-filled Blog from Glory Magazine author and editor Angela Errett, dedicated to glorifying God through writings, encouraging words, and prophetic revelation, all directed by our heavenly Father.