What’s In The Blue Box? 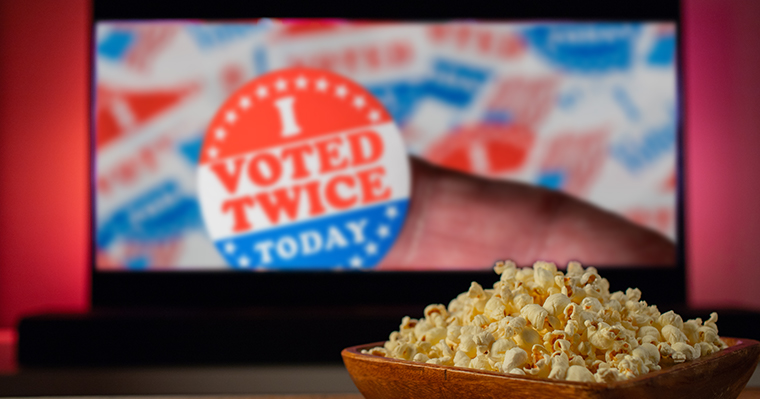 On November 5, 2020, I woke after a rather strange dream. With any dream, the meaning is not always crystal clear when received, and we must pray and ask for guidance on their real purpose. Below is what I remember of the dream and then an account of what was revealed. I will share several other dreams that also contribute to this interpretation in future posts.

As you read this, please note it was as if I was watching myself on TV, seeing myself roaming around from a distance in portions of the dream, and from a personal perspective, what I’ll call an “in-body” experience in other parts. They are noted.

I was in a large enclosed area and not sure of where I was. It looked similar to a large wholesale store, or maybe a warehouse type store, and it was cold, gray, and beige. There was large metal shelving units like you would find in a warehouse, but that just didn’t sit well in my spirit, and I was unsure of what I was seeing. Looking over to my right, it seemed as though there were many people scurrying about near tables, almost like a cafeteria. There was some kind of windows or glass dividers on the other side of the people. That again stumped me. There was a very large gray or metal object just to the left of the people sitting on the ground with handles. As I looked at it, it was like a large refrigerator, or an end cap, or a metal container maybe. I could see I was standing between it and the people who are still to the right of me. I turn to walk around the “metal container” to the left hand side.

The me watching on the TV noticed a sizeable blue item on top of the large “metal container,” but the me standing in-body didn’t. It was around six to eight feet tall on top of a pallet. As I looked closer, it seemed to be boxes or one large box. It was wrapped several times with stretch wrap used when there are many items on a pallet that must stay together to move on a forklift.

The perspective changed back, and the in-body me, just as I turned the corner and was on the left side of the container, heard a loud creak from atop the “metal container.” I walked outward to see on top of the “metal container” and saw the box. Then, I saw it begin to tip, and it violently falls to the floor. It hit with such force as a massive earthquake, and the ground below it cracked open. I began to look around to see if anyone was hurt while simultaneously viewing it on TV. I saw smoke from both perspectives, then I woke up.

I was unsure what I was seeing, so I wrote down the jest of the dream and waited.

On Friday, November 6, 2020, I was scrolling through reports about the election and came across one from a Nevada news station. To my surprise, what I saw matched my dream. There it was, the inside of the Clark County Election Center. Not a wholesale store indeed! I then remembered seeing the events that unfolded in Detroit that were also very similar. I have searched hours looking for the video I saw in my feed, but have ended my search for now. I did take screenshots to document it. I am glad I did.

What was in the blue box?

It became clear what was being shown in the dream. The initial view of the box was from a spiritual perspective, watching on the TV, indicating the events were hidden from physical sight and being done in secret; in the shadows. The blue box was very similar to the image shown on the news report, and there was a large area of shelving units behind cages with plastic panels to hold what could be the precinct number and information.

The large “metal container” was actually large metal lock boxes with handles on the top that held ballots. And the cafeteria area was similar to the machine counting area in the Clark County Election Center and in Detroit were they were reporting pole watchers were placed out in the atrium behind glass walls and covered up the windows so no one could see.

My spirit tells me, without a doubt, this nefarious plot will come to light, be exposed for the deception that it is, and will be so shocking that it will shake the very establishments that coordinated its deployment and execution.

Visit us at www.glorymagazinewv.com to read inspired and rightly timed information.